We are a part of the National NARPO which represents retired police officers of all ranks and police widows, widowers and partners of former police officers.

We offer a range of services to members including advice on pensions and other issues affecting the welfare of our members.

NARPO is the only Association which looks after the interests of retired police officers and lobbies on their behalf with Government and other organisations.

South Yorkshire has four independent branches - Sheffield, Doncaster, Barnsley & Rotherham - each run by members elected to their posts. The branches have varying levels of activity but all take the welfare of their members very seriously and will be there for members when they need that little bit of help. 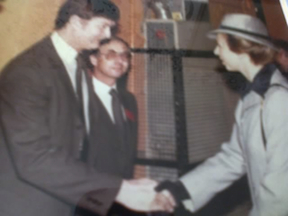 Retirement can be the best part of life but we all need a little assistance as we grow older. Who better to turn to than someone who is part of the Police family. It is family we joined many years ago and NARPO is a very important part of that family.

Former superintendent Gordon Fletcher, 92 years, passed away on the 10 January. He joined Doncaster Borough as a cadet, but left to join the armed services and served as a military policeman in the Far East, before returning to once again serve in S.Y Gordon served in Doncaster Rotherham and Sheffield. There will be no funeral as Gordon has donated his body to science.

Former detective sergeant Dave Eustace, 80 years, passed away on 30 December 2021. Dave worked at Attercliffe, West Bar and other police stations in Sheffield. Details of his funeral will be circulated when known.

Former constable Peter Lakin, 71 years, passed away on 20 December 2021. Peter served in Doncaster and had to take retirement in 1994 after a police road accident. Peter's funeral will take place at 1.00pm Thursday 20 January 2022 at Rosehill crematorium followed by a wake at Doncaster Rugby Club.

Former detective sergeant Jeff Richards, 76 years, passed away on 20 December 2021. Jeff served at Bentley and in Rotherham. Jeff's funeral will take place at 11.00 am Tuesday 25 January 2022 at Rosehill crematorium and afterwards at Hatfield Chase.